Total Members in the Group: 6 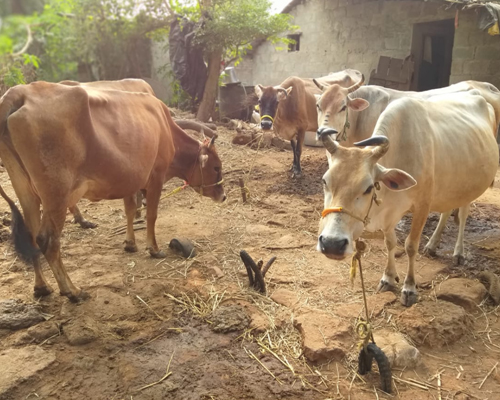 Susmita married to Jagannath Das, a residence of Gopal Basti, Hinjilicut in the year 2014. Her husband worked as a milkman, whose prime work was to deliver & sell milk at the doorstep of the consumers. They had two cows at that point of time. But the demand was far more as they provided pure milk to their customers. Sasmita thought to contribute her bit towards the income of her family. She discussed with her husband and in-laws about taking loan from microfinance companies and investing in their dairy business to increase their household income. They were impressed by the idea and gave their nod to it. She then formed a group and applied for a loan amount of ₹20000 at Sampark Fin Services Pvt. Ltd. The Relationship Officer conducted a meeting and gave the members training on the product features of Sampark. After the disbursement, Susmita used the loan amount in buying two cows. It increased their family earnings and they could cater to a lot many families. In the year 2017, after repaying her first loan, she took a second cycle loan of ₹35000 and purchased more cows. She also used some of the money in making proper well-ventilated shed for the cows. Her income increased significantly. She deployed all her time in cleaning the sheds, feeding the cows and milking them, whereas her husband took the milk to deliver to the customers.

Again, in the year 2019, she took a third cycle loan of ₹45000 from Sampark. At present, she has eight cows and two calves. After taking loan from Sampark and investing in their existing business, the financial condition of her family changed remarkably. Her dedication towards her work & family is a great example for many women who want to add to their household income. 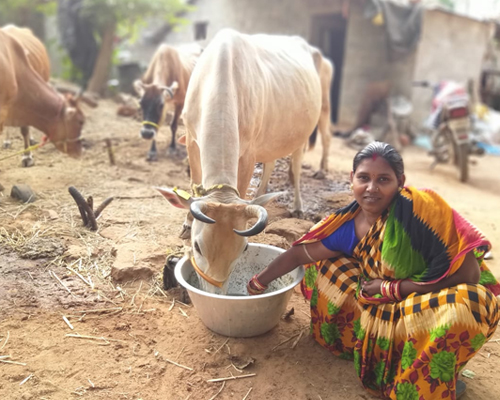